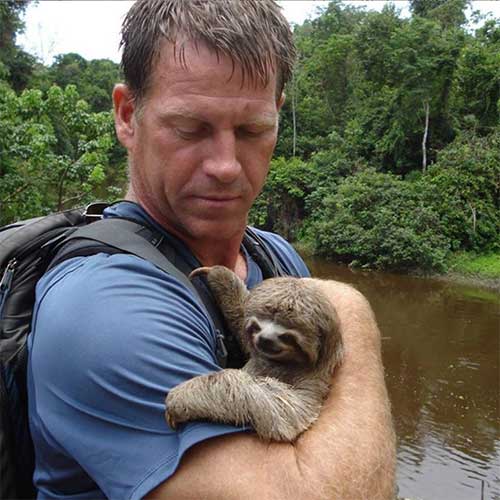 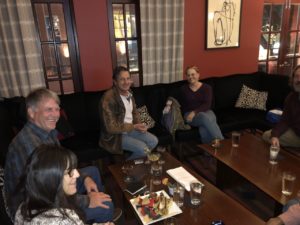 West Hansen is a dedicated member of the Explorers Club Texas Chapter who always contributes invaluable insights, leadership, and inspiration on all occasions. Passionate, vocal, dynamic with indefatigable kinetic energy on any topic dear to him, don’t be surprised if West draws volumes from his repository of knowledge to teach and inform.

West is also an author, read is new book: The Amazon From the Source to Sea.

West was born and raised in Texas, where he obtained a degree in Psychology at Southwest Texas State University.  Currently, he’s a social worker specializing in helping mature citizens negotiate the quagmire of public/private healthcare issues. West has been married to his wife, Lizet, since 1991 and their daughter is a pre-med student.

During his time on the board of the Texas Canoe Racing Association, West organized twice yearly clean ups of the entire San Marcos River and has been involved in clean water initiatives and environmental concerns for decades. Currently, he’s strongly urging, cajoling, pushing, shaming and intimidating people and businesses into abstaining from using straws, plastic bags, single use plastics, “to-go” cups and other unnecessary items that seemingly add convenience to our already overly cushy daily existence, but are rapidly destroying whales, dolphins, otters, sea turtles and, ultimately, humans. Bottom line: just get a travel mug and stop using plastics.

The 2012 National Geographic Amazon Express Expedition was West’s first expedition. This followed a natural progression of ultra-marathon canoe/kayak racing, in which he participated since 1992, winning several overall and class categories and setting course records. Cutting his teeth on the Texas Water Safari and the Missouri River 340, West transferred what he learned about nutrition, gear, boat handling and pacing to the expedition level.

In 2014, with his expedition partner Jeff Wueste, completed the first kayak source to sea navigation of Europe’s longest river, the 2100 mile Volga River in Russia.

West lives in Austin, Texas and can often be found at his favorite haunts: Julio’s Café, Pacos Tacos and the New World Deli.