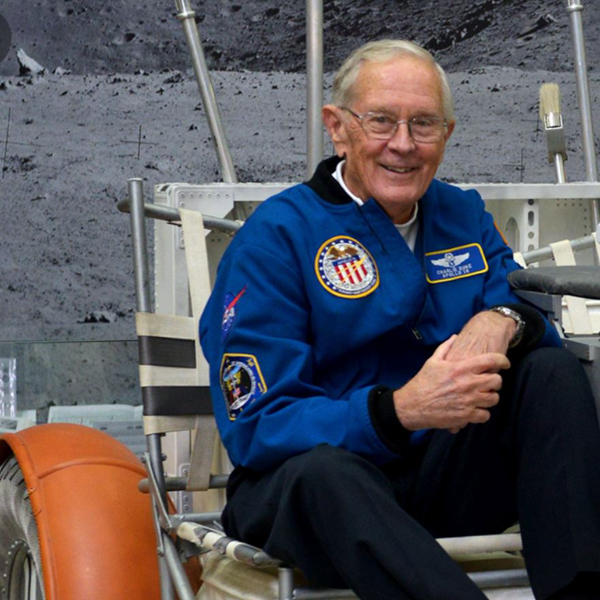 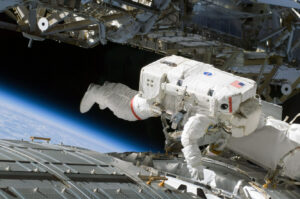 Gen. Charlie Duke. Born in 1935 in Charlotte, North Carolina. As a boy, he and his brother Bill built model aircraft, a foretelling of a life to come.

Charlie was Eagle Scout as a boy. He jointed the Naval Academy in Annapolis, and later transferred to the United States Air Force Academy hoping to fly where he graduated in 1957 with a B.S. in naval sciences. He was commissioned a second lieutenant in the Air Force. Duke went through extensive flight training after which he joined the 526th Fighter-Interceptor Squadron in Ramstein Germany. This was precisely because it was at the height of the Cold War. After his 3-year tour, he attended MIT to obtain an M.S in aeronautics and astronautics. There he also met Dotty, his future wife and life companion.

Charlie went to the USAF Aerospace Research Pilot School where his commandant was Chuck Yeager. While there, he applied to be part of the 5th group of astronauts. After extensive interviews and examinations, Charlie was set for a one-week interview with a seven member team chaired by Deke Slayton at the Rice Hotel. He got a call from Deke telling him he had been selected. He became a key member of what was to be known as the “Original Nineteen.”

Duke and his family moved to League City, Texas where Dotty gave birth to their second child.

The story of astronaut training is one of a Herculean proportion, epic in breath and effort, a story worth telling in detail.

APOLLO 11: Ultimately Charlie Duke became the CAPCOM for the legendary Apollo 11 first lunar landing. The world came to know his southern drawl when Armstrong and Aldren where about out of landing fuel and Charlie spoke with words we all remember, “Roger, Twank…Tranquility, we copy you on the ground. You got a bunch of guys about to turn blue. We’re breathing again. Thanks a lot!”

APOLLO 13: After the explosion on the ill-fated Apollo 13, Young, Mattingly and Duke worked in the simulators to develop emergency procedures for the crew who were ultimately returned safely to Earth.

APOLLO 16: After a number of delays due to serious mechanical and technical problems as well as Charlie getting double pneumonia, Apollo 16 was launched on April 16, 1972. Of course, this is the 50th anniversary of that flight.

In earth orbit, the crew faced minor technical issues which were handled. In lunar orbit the crew faced a series of problems. First, there were material yaw axis problems resulting in poor ground communication. Then, they suffered a double failure of the pressurization system. Next, after separation, a problem with the steerable rocket engine occurred but the Orion module continued to fly alongside Casper and with limited time remaining, the decision to land on the moon was taken.

Charlie Duck became the 10th person and remains the youngest man to set foot on the lunar surface. In a stay of 71 hours and 14 minutes, Duke and Young conducted three excursions onto the lunar surface, during which Duke logged 20 hours and 15 minutes in extravehicular activities.

He left a photography of his family on the surface of the moon and an inscription for future space travelers from other worlds. It would be nice to see that photograph in person, wouldn’t it.

Too many stories and awards and accomplishments followed to tell here. General Charlie Duke remains our Explorers Club Texas favorite member and our most cherished friend.