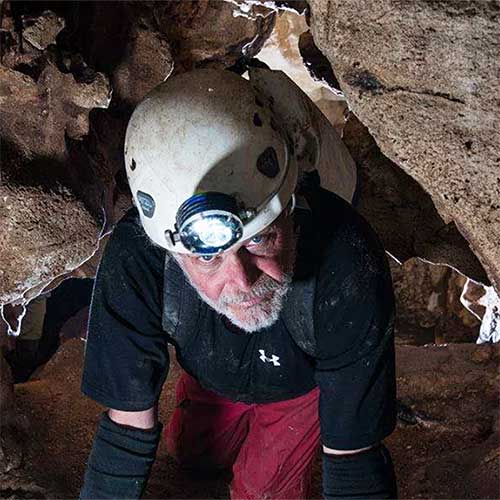 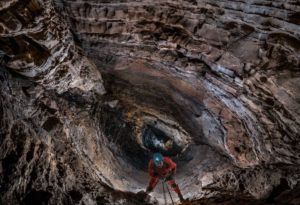 Bill is, by anyone’s standard, is one of the leading deep cave explores anywhere on the planet. His intrepid life has impelled him to lead many Flag Expeditions, achieve numerous new discoveries, and promote understanding of earth sciences building a greater understanding of how the planet evolved and how we can help sustain it. Among his may accomplishment, Bill Steele is a past president of the Texas Chapter, a Director and is a repository of knowledge from decades of unceasing commitment to our chapter. Without Bill Steele, this Texas Chapter of the Explorers Club would not be nearly as advance. Thanks bill!

Bill Steele recently retired as a national-level director for the Boy Scouts of America, based at their national HQ in Texas where he was in charge of Alumni Relations and the National Eagle Scout Association. He is now a writer, speaker and near full-time explorer. Bill is a Speleologist of international standing having led or participated in expeditions to many of the longest and deepest caves in many states of the USA, Mexico, and China. Profile photo above by Chris Higgins taken in Sistema Huautla.

As a 13 year old Boy Scout in 1963 Bill got the taste of original exploration and from that moment he was “bitten by the bug” and hasn’t slowed down since, 54 years later.

Bill was profiled as one of 120 contemporary explorers in the 2009 book “Adventurous Dreams, Adventurous Lives.” He is well published in journals and newsletters, as well as having written two books popular with cavers: “Yochib: The River Cave,” and “Huautla: Thirty Years in One of the World’s Deepest Caves.

Bill Steele has been a Fellow member since 1979.